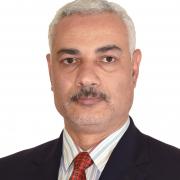 I have completed my PhD from Keele University, UK, on 2002 and currently have ongoing Research Fellowship at Keele from 2004, and Fellow of the Roial Society, UK in 2004 until now. I am a professor of Medical Entomology at Zoology Department at El-Minia University, Egypt, (currently at King Saud University, Saudi Arabia).

I- Originality
Because of the resistance of Plasmodium and mosquitoes to drugs and insecticides respectively, the recent alternative for controlling malaria is genetically modifying the to become incompetent for transmitting this disease. On this behalf, the two main recently suggested malaria control strategies are: a) utilizing the immune system of the vector to kill the malaria parasite (Kokoza et al., 2000), and b) the malaria transmission-blocking strategy via interrupting the malaria life cycle at the midgut level (Yoshida et al., 2001) and/or at the salivary gland level (Yoshida, personal communication). In fact, the immune system is very effective against malaria parasite in the refractory mosquitoes (Collins et al., 1986; and Paskewitz et al., 1989). Based on these researches, scientists have raised the suggestion that susceptible mosquitoes could be genetically modified to become incompetent for transmitting malaria via one or both of the above mentioned strategies.
II- Importance
The criticism here is that if mosquito transgenesis strategy that aiming to utilizing the immune system of the malaria vector against malaria is adopted, the genetically modified mosquitoes might pay a price in terms of reduced reproductive fitness (immunity reproduction trade-off) (Moret and Schmid-Hempel, 2000). This, in fact, could significantly limit this strategy. Thus, the hypothesis of my work is to explore the impact of both malaria infection and immune induction on the reproductive fitness of the African malaria vector, Anopheles gambiae.
First, it has been explored that infection with Plasmodium yoelii nigeriensis has significantly reduced the fecundity (total number of eggs produced/female) of An. gambiae by 41.2% (Ahmed et al., 1999) compared to non-infected mosquitoes. The mechanism behind this reduction was studied and found to occur via affecting most of the vitellogenesis aspects. On one hand, vitellogenin mRNA abundance in the fat body, vitellogenin (Vg) titre in the haemolymph and vitellin (Vn) content in the ovary were significantly reduced malaria infected mosquitoes (Ahmed et al., 2001). On the other hand, percentages of follicular resorption and apoptosis were significantly increased in the ovaries of infected mosquitoes (Hopwood et al., 2002). And consequently, the Vg uptake functional machinery of the ovary was significantly affected. These studies may explain the mechanism behind fecundity reduction as a result of malaria infection. This in fact, may indicate a significant limitation of the immuno-engineered mosquito strategy that explored by Alex Raikhel and co-workers (Kokoza et al., 2000) as they are mainly relying upon using the Vg gene as the promoter for the defensin (the candidate gene) in inducing the vector systemic immunity against malaria.
Second, it has been suggested that the main effect of parasitic infection is by the costs imposed when the host immune system is activated (Moret and Schmid-Hempel, 2000). Furthermore, natural refractoriness of mosquito to Plasmodium has also been proven to be very costly (Ferdig, et al., 1993 and Yan et al., 1997). Thus, it was important to test the hypothesis that enforcing the immune system to work efficiently against Plasmodiummalaria could be costly in terms of reproductive success. Thus, when the immune system of blood-fed mosquitoes was stimulated by injecting lipopolysaccharide (LPS) resulted in a concomitant significant reduction in the ovarian Vn content, and hence, fecundity was significantly reduced (Ahmed et al., 2002). These findings raised the question whether or not this impact on fecundity may have occurred via the same mechanism in malaria-infected mosquitoes. Thus, the reproductive cost of mounting the two main effective immune responses against Plasmodium (melanization and humoral responses) was explored in my very recent studies. It has been shown that induction of humoral antibacterial activity and melanization response have resulted in a significant 257.7% and 134.37% increase respectively in follicular apoptosis (Ahmed and Hurd, 2005). Moreover, as the process of follicular apoptosis proceeds follicular resorption, the later has also been found to be significantly increased as a result of melanization and humoral antibacterial activity (Ahmed, 2005a & b). Thus, immune induction has significantly reduced vector fecundity in the same mechanism as in malaria infection.
II- Significance
These findings raise up a warning message as that care should be taken while thinking about utilizing the immune system of the vector in the battle against malaria. On the other hand, it is not known whether or not the second strategy, (transmission-blocking strategy) affects the reproductive fitness of the modified mosquitoes. Thus, it is of interest to establish whether or not this strategy affects fecundity of the modified mosquito which may help in winning the battle against malaria.
III- Current Research
My current research interest is “Mosquito Immunity and Biocontrol”, aiming at utilizing bio-agents as well as the immunity of mosquito vectors against mosquito-borne diseases. I have successfully achieved several granted research projects, and got two currently ongoing granted projected (1.6 million Saudi Riyals each) for bio-controlling mosquito vectors and producing natural antibiotics against the American Foal broad (AFB) in honey bees.
Part of the recent ongoing work is going in collaboration with the malaria group at Keele University, UK (for more details, please see: https://www.keele.ac.uk/caep/w orldwidecollaborations/
General Entomology (Zoo-311)
External structure: cuticle structure and function, structure of head, thorax and abdomen; internal structure (anatomy): structure of the digestive, excretory, circulatory, respiratory, nervous…
المزيد
Selected Topics in entomology and Parasitology (Zoo-517
Entomology and parasitology bibliography and reference sources, reference indexing, writing up of research proposals, writing up of research papers.
المزيد
Graduation Project (Zoo-498)
Use of scientific periodicals; search for information from various databases; designing and carrying out scientific experiments; data analysis; writing scientific reports.
المزيد
In vitro antagonistic potential of gut bacteria isolated from indigenous honeybee race of Saudi Arabia against Paenibacillus larvae
المزيد
Body size and cuticular hydrocarbons as larval age indicators in the forensic blow fly, chrysomya albiceps (diptera: Calliphoridae)
المزيد
Gene expression as age estimation marker in the larval stages of the forensic blowfly, chrysomya albiceps, at different temperatures
المزيد